by Sui-Ling Tang from the Supported Loving Network

I met a lovely lady called Emma who is a producer working for Whistledown Productions. Emma approached me and asked if I wanted to make a radio programme called “Assisted Loving”. I think she must have spoken to someone about me who had seen me in the C4 news film about relationships that I did.

I had to meet her first. We met at a coffee shop and she told me a little bit about the radio programme we were going to do.

We looked at the suggested content and the order of the information. Emma asked me quite a lot of questions about myself.

Emma later visited me at my house to do some recording. First I showed her around and then she did some recording with me about relationships. We then booked dates to do interviews with people. Emma interviewed Lloyd (my fiancé) and me. I then interviewed lots of people that included parents, a lawyer, an author, a sex worker and Claire Bates the founder of the Supported Loving network. 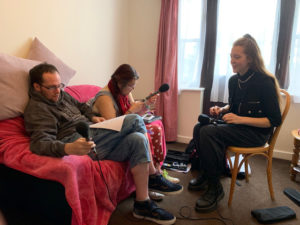 It was quite different to doing the TV film. It was different as we had a plan of what we were going to talk about. We recorded at two studios. One was quite small. It was quite nice in the studios.

When I recorded the voice over I practiced reading it. I had to do it a couple of times to get it right. Emma and I also made changes to get better words that people will understand. It took a long time to do. To edit and make sure that everything had been done. Then Emma told me it was the finished piece. 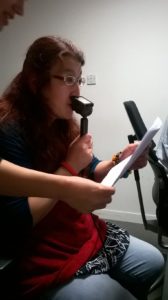 I have listened to it and I think I sound really different on the radio. I enjoyed doing it and meeting Emma and her colleagues at the studio.

It was good to do a thing about relationships because people will listen and hear all the good things about people having relationships. Not everyone has a relationship because some people find it difficult to meet people and form relationships and don’t always get the support they need. They may not talk about it and so end up on their own. 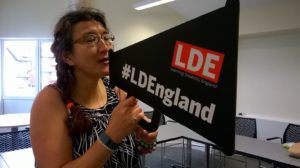